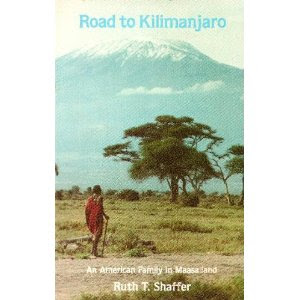 I just finished a book, "Road to Kilimanjaro" (1986, Ruth T. Shaffer), an autobiography about a missionary family who first went to Kenya in 1923. It took them an incredible several weeks of traveling on 3 ships, map this route in your head... (New York-U.K.-Gibraltar Straits-Mediterranean Sea-Suez Canal-Red Sea-Indian Ocean) all this with two small children and having no idea what they were going to experience. The book is about their 35 years of ministry to the Maasai tribe. They were some of the pioneers to Kenya. Back then Nairobi was just a small town with dirt roads.

There were several references that brought the story home for me. Having been an MK I relate to the adventure, the highest of highs and the lowest of lows, relying on our God who always provides, falling in love with another culture, being present and available to be used by God however he saw fit. There were many references in the book to Dr. and Mrs. E. L. Davis who started Kijabe Hospital, which is still one of the best hospitals in East Africa. We are distantly related to them by marriage on Camie's side of the family. Dr. Davis is the grandfather to one of Camie's uncles. I am humbled to think that generations later God would allow us to continue and somehow be a part of what He began in our families four generations ago.
I feel strengthened and encouraged by the Shaffer's legacy. They had a deep relationship with the Maasai which led many of them to Christ and ministry continues amongst them today 3 or 4 generations later. The Shaffers had an unwavering faith in the midst of tragedy and joy . They were relying on financial support during the Great Depression and also during WWII. The economy, the war and geography never were mountains too big for them to climb. Isn't it amazing how almost 100 years later we have the same issues that put doubt in our minds? We trust in the LORD's promises as they are just as real today.
One hundred years later, Kenya is a very different place yet the same LORD is still sending missionaries there and we get to be a part of it. We get excited about our road to Kenya because we know that God is with us every step of the way. I am grateful for the example of people such as the Shaffers whose stories still impact us today.
Email Post 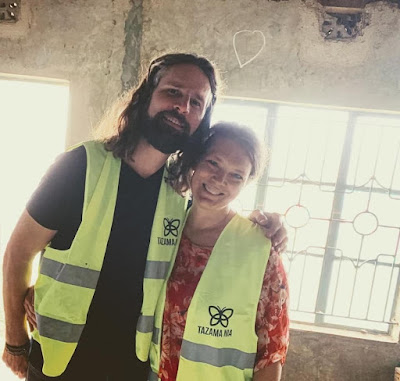