Skip to main content
September 16, 2012
His words struck me strongly so that after I heard them, I wrote them down - exactly as he said them... and have pondered them often, always hearing his voice in my mind as I read them...


What impacted me was that both he and I knew very well - the case this man was helping me to uncover easily COULD cost him his life!Yesterday, he nearly WAS killed.  He quickly reported to the police. “If they find me dead, I want everyone to know who did it.”  He packed everything he owns and has aleady relocated - to where he won’t be found.I am left here with a thought that I can’t shake...
“What am I doing that I would be willing to DIE for?”   Please continue to pray for his safety as well as the safety of all those who are fighting for justice for the oppressed in this situation!
Email Post 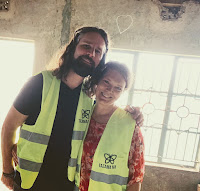